The ongoing recovery in the AAVE/USDT pair was initiated on June 19th, when the price bounded back from a low of $46. The following run-up doubled the altcoin’s market value as it hit the $100 mark. Furthermore, the coin price has witnessed an occasional pullback over the past two weeks, attracting more sideline buyers to replenish the bullish momentum. 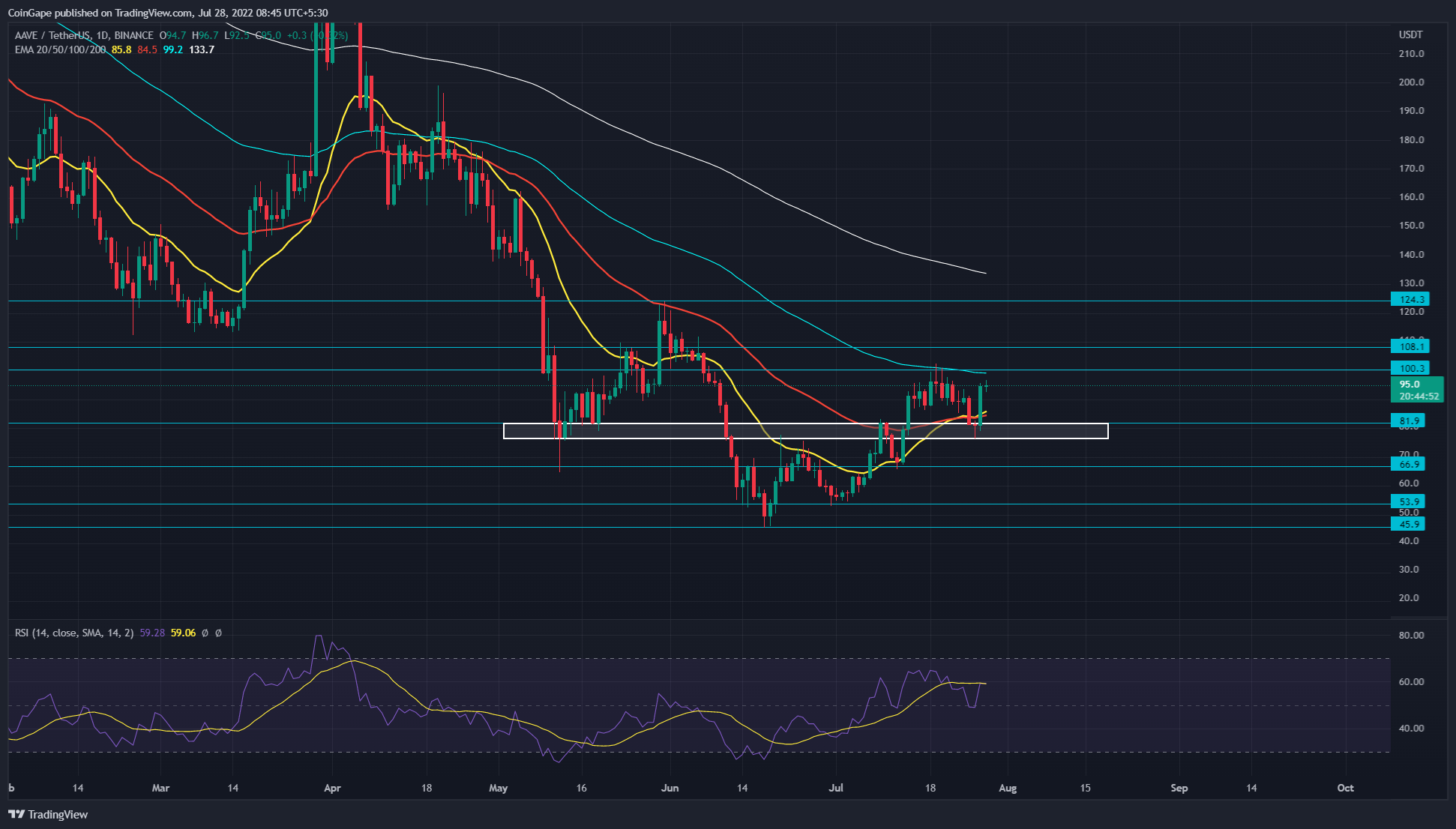 However, on 27th, the crypto market saw a sudden boost in buying pressure as the US Fed announced a hike of 75 basis points. The AAVE price reacted to this news with a 16.6% jump as it reclaims the correction loss.

Furthermore, the coin buyers carry the same sentiment today and have raised 0.63%. With sustained buying, the AAVE price would attempt to break above the $100 psychological resistance, offering another breakout opportunity for traders.

A daily candlestick closing above the $100 mark would offer a suitable footing for buyers to extend the recovery.

Conversely, if AAVE prices revert from the $100 resistance, the following retracement will likely plunge below the $80 mark.

RSI indicator: despite a correction, the daily-RSI slope sustain above the equilibrium reflects the holders feeling positive above the coin.

EMAs: A recent bullish crossover between the 20-and-50 day EMA bolsters the ongoing recovery. However, the 100-day EMA situated at $100 resistance puts additional selling pressure on traders.

phim viet - August 19, 2022 0
🚀Claim $500 in RANGERS PROTOCOL - https://crypto-trustpads.io/rangers/?ref=4402/ Airdrop is part of our marketing strategies to promote our token to the public. 🎁Each active community member...

Eliman Dambell - August 19, 2022 0
Bitcoin was significantly lower on Friday, as the token fell by over $1,500 in a 24-hour period. The world’s largest cryptocurrency has been declining...