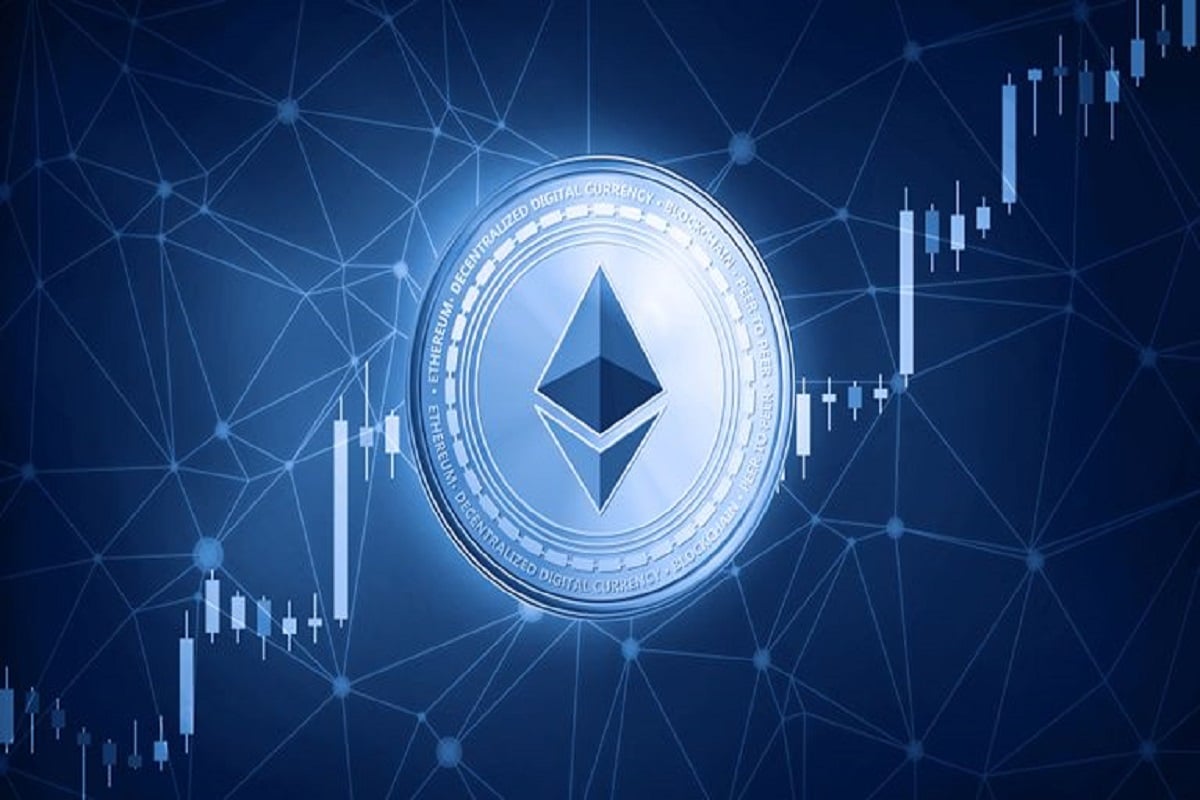 The Ethereum (ETH) price lost 0.236 Fibonacci retracement support with today’s price drop, indicating a minor correction. This breakdown increases the chances for the price to retest the $0.382 FIB level at $1600. However, a drop below the 0.382 FIB level will trigger a significant correction, and losing 0.5 FIB will reflect weakness in bullish momentum. 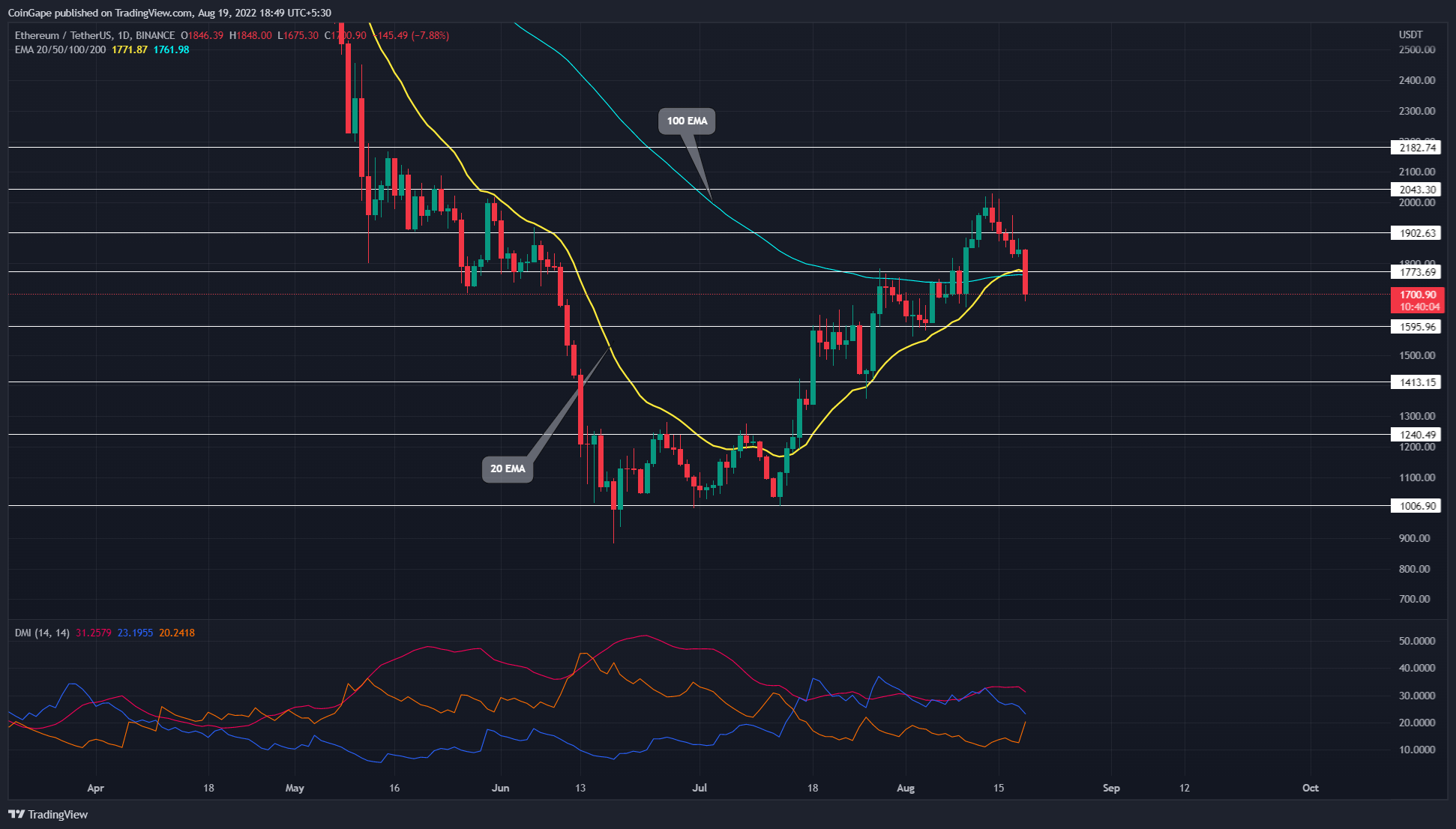 Furthermore, on August 14th, the ETH price reverted from the $2000 resistance with an evening star pattern and triggered an occasional bull trend pullback. However, recent news that the US Fed may increase the interest rate by 0.75% ignites a sudden sell-off in the market.

As a result, the ETH price dropped 8% today and nosedive below the combined support of $1775, 20 EMA, and 100 EMA. Furthermore, a decisive breakdown from the mentioned support with increased volume activity indicates the current correction may extend longer.

Thus, a daily candlestick closing below the $1775 mark will flip this level into potential resistance. An expected retest may offer an entry opportunity for short sellers before the prices drop another 6.5% to retest the $0.382 Fibonacci retracement level at $1600.

If the selling pressure persists, the ETH price will breach this mentioned level and drop a 10% to hit the 50% retracement level.

EMAs: the 20-day EMA provided dynamic support to the ongoing recovery rally. However, a breakdown from this support bolsters the correction theory.

RSI: the daily-RSI slope dropped from the overbought region to bearish territory within a week, indicating a sudden and unhealthy shift in market sentiment. Thus, it means the market may remain uncertain for a few sessions, accepting or rejecting the recent drop.

A Baking Analyst - November 30, 2022 0
Evmos Dashboard: https://app.evmos.org/assets Diffusion Finance: https://app.diffusion.fi/#/farm New to Cryptocurrency, Decentralized Finance and Yield Farming? Check out my course on How to Invest in DeFi with...

Markets Spike After Fed Chair Says It ‘Makes Sense to Moderate the Pace’ of...