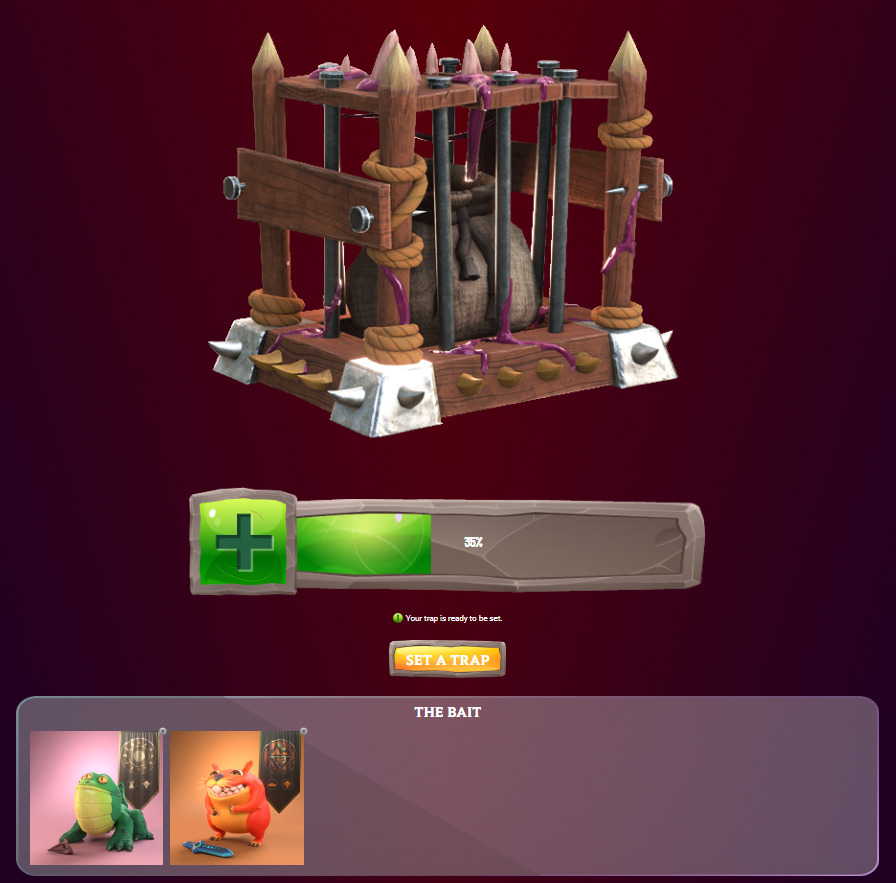 After just completing a Pet burning event not long ago, Champions Ascension prepares for a second, limited time, Pet burn. In addition, they have been slowly revealing more details about Pet utility in their virtual world / arena fighting game.

Black Friday is nearly upon us. And though the insanity of massed crowds waiting for hours to rush a Walmart for a supposed deal on a TV have mostly passed, Champions Ascension is ready to bring us some of their own insanity! Specifically, in the form of another Pet Burn.

And really the Pets aren’t burned so much as used for bait to try and catch a Beadol. Beadols are rare, special Pets, only available through these events. And though any Pets put into the trap are destroyed forever, the chance to summon and own a Beadol is enough incentive to bring many owners out to sacrifice their Pets.

This Pet burning / Beadol capturing event is only open for 24 hours from Friday, November 25th, 7am CST, until Saturday, the 26th. Go to https://www.champions.io/pet-burning to participate.

How to Trap a Beadol

Trapping Beadols requires adding Pets to the trap as bait. Players add one or more Pets, each one increasing the chance of success, up to a maximum of 90%. But beware! Any Pets put into the trap are burned forever! Successful traps capture a Beadol Pet. Unsuccessful traps result in an ash NFT. Interestingly, there are several different types of ash NFTs! The use for these ashes has not yet been revealed to us.

Certain types of Pets or Pet Traits offer additional point value and greater chances for a successful trap. The selection of trait bonuses changes every hour. The Overlords are fickle, so no one knows what sort of tasty Pet treats they may prefer from one moment to the next?

For this second Beadol trapping event, the Champions Ascension team has also changed it so that players can set new traps every hour.

But Pets aren’t just for burning. They have game utility as well. And though they are not yet implemented into the world, the Champions Ascension team has been revealing some of their planned functionality.

Pets will provide various bonuses in the Arena, and some even have a non-combat utility. For example, Beadols let their owners steal a random buff from their opponent when they trigger a combo finisher. They also have a chance to steal tickets from NPCs when wandering the main world.

The Geckoid Pet reduces owners’ cooldowns when the player is below 15% health, and Cramsters tag opponents with a debuff when they block three times in a row that causes them to take double damage on succeeding blocks! Take a Papiro Pet into the arena and benefit from a growl every 25 seconds that makes one of your Champion’s parts lucky, dealing double damage on the next hit with that part.

These are just a few of the Pet bonuses. Expect to see more utility reveals over the coming days on the Champions Ascension Twitter account.

Cellframe Network - December 4, 2022 0
We were invited to an AMA by a Tamil and English-speaking blockchain community based in India. Here's the recording! Our hosts were the...

Media - December 4, 2022 0
sponsored Leading global cryptocurrency exchange, Bitget, announces today that it is launching its Proof of Reserves Page, which will demonstrate to users that we...