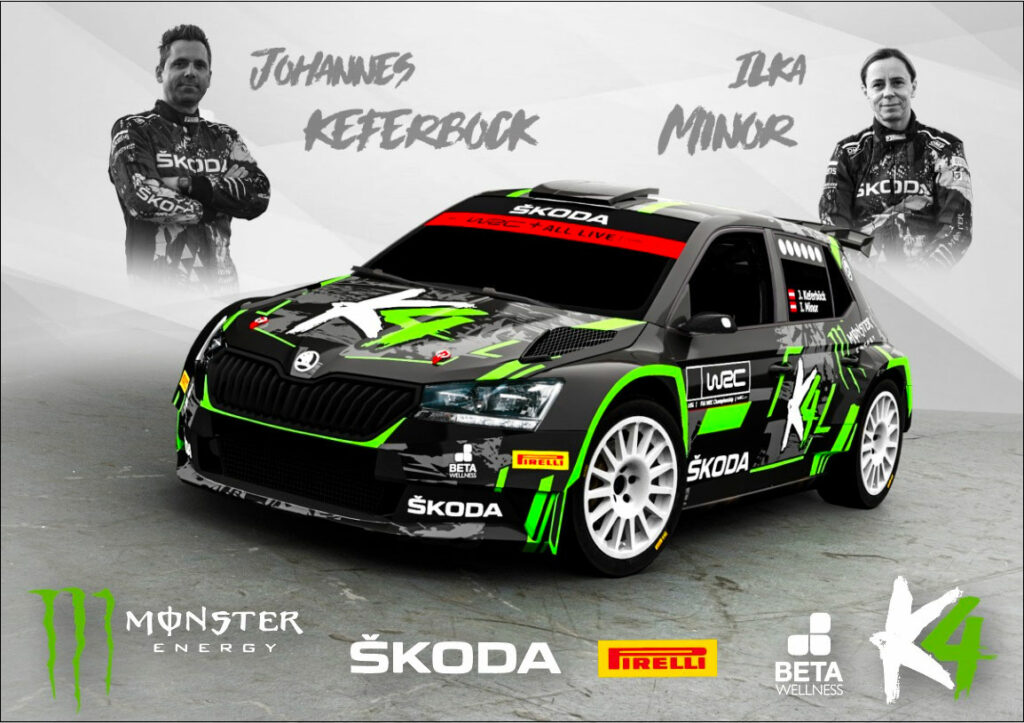 When motorsport experts, real racing drivers and professional game developers work together, you can expect big things, and that’s what K4 Rally is all about. With a real rally team, backing from the racing community, and a development studio with 20 years of experience, the only hard turn for this project will be the integration of blockchain technology. Let’s have a look at the project’s fundamentals and their freshly released open beta coming with a free car NFT claim!

Blockchain-based racing simulations are still quite rare, and we just got a new kid on the block with K4 Rally. This browser-based rally simulation is developed by a team of passionate rally and gaming professionals who aim to bring the best of both worlds to build a successful project. The game is currently in development and is currently in its open beta stage. You can play the game right now for free and even claim a free car NFT to race and try to get yourself on the top of the leaderboards.

The K4 Rally team is directly involved in professional rally racing. They teamed up with the professional rally champion Johannes Keferböck and one of the best co-drivers in the world, Ilka Minor. The K4 Rally Racing team races with a Skoda Fabia Rally2 evo. Having real motorsport experience will help develop a realistic simulation but also help promote the project to rally enthusiasts all around the world.

The game is a 3D simulation playable straight from your browser. No download is required, but a relatively decent computer is needed. This makes the onboarding of new players way easier, even if browser-based games are still limited in terms of graphics and advanced features. Built by and for racing fans, the gameplay is rather challenging, making it ideal for competitive tournaments and e-sport. This is also well aligned with the real-world racing connections of the team. A pure arcade racing game would have probably disappointed the hardcore motorsport fans they are targeting.

Players will be able to race in time trials around tracks all around the world, collect cars and make them evolve in their garage. The know-how of the team guarantees realistic evolutions and realistic race tracks.

The game’s economy will be revolving around NFTs and a dual-token economy that we have seen in many other projects. For now, the game runs on the Binance Smart Chain, but the team plans to make it cross-chain in the near future.

For the NFTs, players will be able to own their own cars, drivers, and co-drivers. We might also see some special parts dropping later in order to upgrade your car and make it more competitive.

The dual-token economy revolves around the $K4R and the $BRL tokens. The $K4R token will be the main ecosystem token and will be used in all in-game aspects. It can be earned by winning races, special events and tournaments or by staking and renting your NFTs. It will also be the currency used to purchase assets on the marketplace. The token is a BEP-20 token and the supply is limited to 1,000,000,000 tokens.

The $BRL token will be a farmable token with an unlimited supply. It can be earned by participating in daily challenges and trial runs. $BRL will be used to level-up NFTs and will be tradable on DEXes.

For more information about tokenomics, token sales and vesting periods, have a look at the whitepaper.

The game is developed by the GAWOONI MetaLabs studio, a global game development company specializing in blockchain gaming. In addition to K4 Rally, the studio is developing Tuk Tuk Rush, a casual play-to-earn game to be released in Q4 2022. The team is composed of a mix of experts in blockchain, gaming, motorsport and marketing with over 10 years of experience in their respective fields. The company was founded in 2014 and prior to their switch to blockchain gaming they were developing and publishing several mobile games and their own gaming portal, gawooni.games.

On June 9th, the team opened the beta version of the game to the public. You can now visit the K4 Rally website, create your account and play right from your browser. Every user who will complete a few tasks (follow the Twitter account, join the Discord server and Telegram channel) will get a free car NFT airdropped to its BSC wallet. You will just need to pay for the gas fees, which are very low on the Binance Smart Chain. This free NFT is necessary to rank on the leaderboards. Users with no NFT can still try the game and practice, but the practice car won’t appear in their garage.

So if you love racing, and especially rally racing, go visit k4rally.io, create your account, claim your free NFT and start playing! We hope to see you in the leaderboards!

Huobi To Grow U.S. Presence With Huge Breakthrough, Here’s Why

Phil Hall - July 5, 2022 0
Mytheria kicks off the month of July with an open beta for their fantasy-themed, god-dueling, collectible card game. Built on the Binance Chain,...