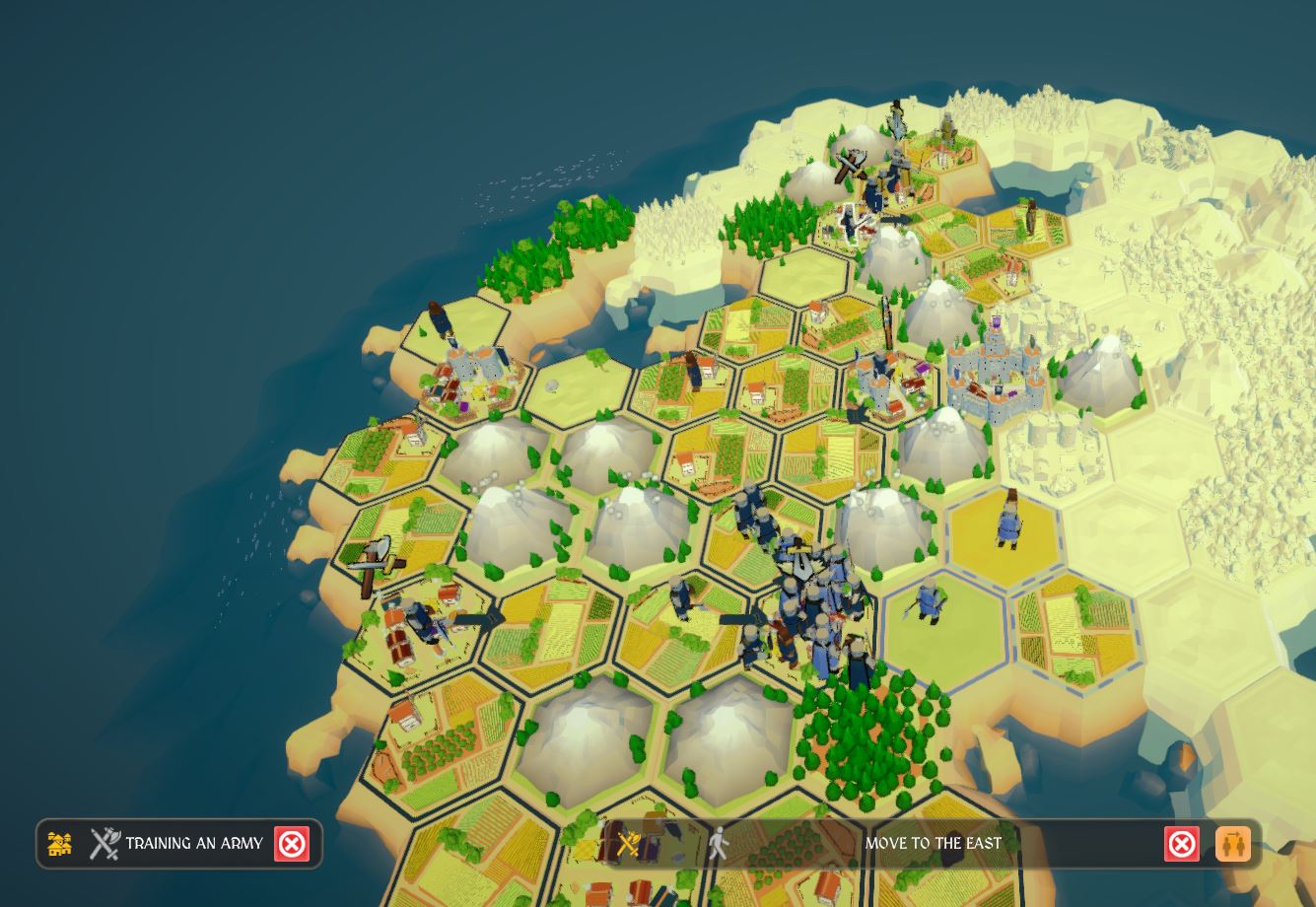 The list of free, play and earn game continues to grow with the latest release from The Seventh Seal. After running on the WAX test net for awhile, The Seventh Seal team recently moved their code to the WAX mainnet and opened the faucets for earning real tokens. Players can earn tokens by playing, both against other players and against the AI.

For the most part, play to earn in the blockchain space has mostly been pay to play and earn. But slowly and steadily, the list of games with free, play and earn opportunities continues to grow. The Seventh Seal is the latest to join that list!

Play and Earn with The Seventh Seal

The Seventh Seal is a turn-based strategy game, so don’t expect matches to be quick. Soldier units are all the same, so it’s a game of numbers, positioning, and attrition. Even with a feature allowing players to vassalize each other, expect a single-player game to last 20-30 minutes at the shortest. But luckily, the reward system takes this into account, and larger maps offer up greater amounts of ESSENCE as rewards.

Players have the option of playing random maps, or player-made maps. At the end of each match the loot is split up between the winning player, their vassals, the mapmaker, the devs, and the staking fund. The victory screen does a very nice job of breaking this all down and showing you the payout details.

Of course, a system such as this opens the path for win-trading, bots, and other such abuses, especially if ESSENCE has notable value on the markets. Hopefully the team has planned for these issues and has tools and detection tools to keep it from affecting the game. But even if ESSENCE in of itself isn’t valuable, it does provide opportunities to purchase special items in the upcoming game shop. This includes items such as GG coins (used for multiplayer matches), new map tiles, and Spell Card packs for the addition of Mage units.

All tokens are in game until you withdraw them to your wallet. You need 200 to withdraw at the moment. Also, the Cartography feature (making maps), is currently limited to a small group of whitelisted players to help work out any issues and bugs before releasing it to a wider audience.

Though The Seventh Seal is a fairly basic strategy game at the moment, Legacy Games has plans to add new features, each offering an additional layer of strategic planning. First up are Heroes, Towers, and Spells! The first Hero units of the game will be Mages. Mages use Mana from your lands to cast spells from a deck of Spell cards. These spells can be attacks, debuffs, buffs, land effects, healing, summoning, and more! This will certainly add a new dimension to the game!

Towers are part of an upcoming selection of new map tiles. These include Ancient Mage Towers, though we don’t know yet what effect a Tower might have. We do know that two new resources will be introduced, wood and stone. Builders construct Foresters on the new Grove tiles to harvest wood. Build Quarries on Rocky Crag tiles to harvest stone. These resources will be used in future additions, allowing players to build things such as towers, walls, and bridges.

Beginning on May 19th, 2022, at 4PM UTC the Seventh Seal will release a special Promo tile every week, leading up to their second land sale on July 7th, 2022. The first promo tile will be the Ancient Mage Tower. A new promo tile goes up for sale each week after that.

What is The Seventh Seal?

The Seventh Seal is a synchronous, turn-based strategy game built on the WAX blockchain. The premise of the game is pretty basic, but it still allows for many strategic opportunities. Players own Builders and Soldiers. Builders can build Farms, clear Forest tiles, and create Villages (if far enough away from other Villages). Soldiers fight, though they can also clear Forests. The game features a hex map with various terrain, some impassable. With synchronous turns, planning your moves can require careful thought.

The Seventh Seal allows players to create their own maps using tile NFTs. These tiles represent the various terrain types and come in different rarities. Rarer tiles are worth more mana and the mana total for a map determines how much ESSENCE is paid out when playing it. The game supports both a single player mode, and multiplayer. Players earn tokens based on the mana value of the map. In an interesting addition, the mapmaker also receives tokens after a match is played on their map! This encourages mapmakers to create fun, re-playable maps. And it rewards the creators for making content for the game! I love it!

The Seventh Seal just launched onto the WAX mainnet, allowing players and mapmakers to play and earn!

OpenSea Makes a Step Towards Decentralization with New Seaport Protocol

Raja Rao - May 26, 2022 0
https://bit-atom.cc/ cryptocurrency, crypto-currency, or crypto is a digital currency designed to work as a medium of exchange through a computer network that is not...

Bhushan Akolkar - May 26, 2022 0
The world’s largest cryptocurrency Bitcoin (BTC) has been facing strong resistance at $30,000 levels, and some industry experts suggest a further downside from here....