Under the influence of an ascending triangle pattern, the DOGE price managed to surpass the monthly resistance of $0.075. A bullish breakout from the mentioned resistance surged the price by 14.2%, which currently trades at the $0.086 mark. Where will the coin price go based on the pattern? 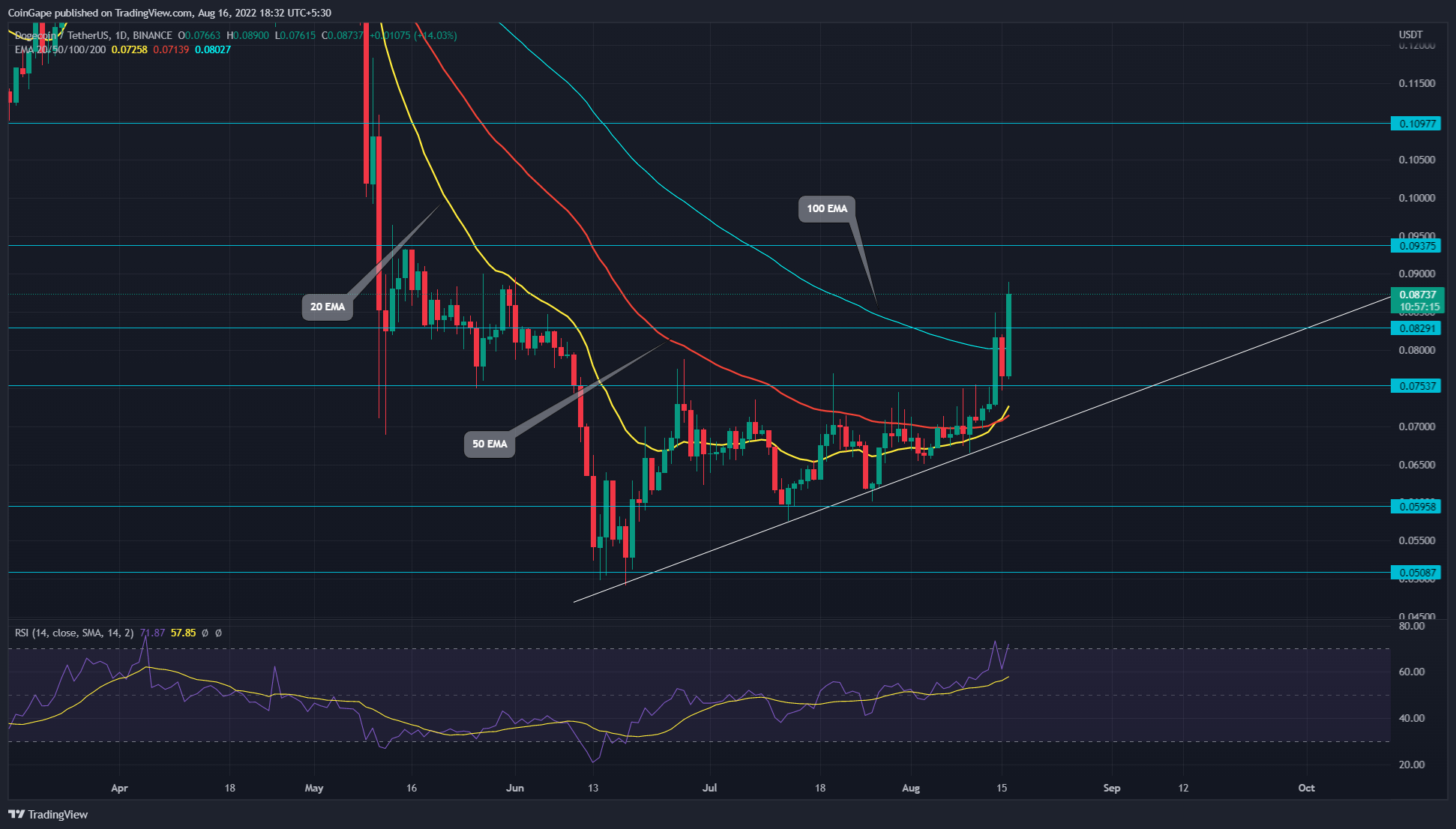 Over the past three months of recovery in the crypto market, the DOGE/USDT pair buildup ascending triangle pattern in the daily time frame chart. The higher high formation within this pattern reflected the gradual growth in buying momentum.

On August 14th, the memecoins witnessed significant inflow and gave a decisive breakout from the neckline resistance of $0.0753. Followed by a retest day, which sustained above the breached neckline indicated the completion of the triangle pattern.

Today, the follow-up candle has jumped 12.58%, reflecting the traders’ reaction to the pattern’s outcome. Furthermore, this resulting rally has breached a local resistance of $0.083. Thus, the sidelined buyers may get another breakout opportunity in the market.

A closing above the aforementioned resistance would flip it to a viable footing and bolster further growth. Moreover, as per the technical setup, the distance between the first swing and neckline determines the expected target.

This same distance released from the breakout point indicates the DOGE price should climb another 16% to hit the $0.1 psychological mark.

However, in case the coin price witnesses a deeper correction, the rising support trendline may assist buyers in sustaining this recovery.

RSI indicator: the daily-RSI slope entering the overbought zone reflects the aggressive buying in the market and a possible threat for correction.

EMAs: with today’s price jump, the DOGE price reclaims the 100-day EMA, which provides an extra edge for buyers. Moreover, a bullish crossover among the 20-and-50-day EMA bolsters the same cause.

Sergio Goschenko - November 26, 2022 0
The Bank of Japan is preparing to run a test trial of its own central bank digital currency (CBDC), the digital yen, with help...