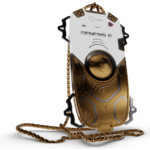 The design of the Cryotags reflects their practical, in-game usage. Emergent Games intended the Cryotags to be upgradeable, including CPUs, SIM card slots, and USB connections, unlike other NFTs that look interesting but don’t necessarily accomplish anything. The NFTs’ countdown clocks continuously remind players that time is running out and was purposely designed to heighten stress. Cryotags will be critical in the future of Resurgence, and their worth will rise as the story progresses.

To further detail the NFT appearance, the team released an Intro Video on their YouTube channel:

“Today’s first-generation Cryotag drop represents a fundamental step in building a community that puts players first,” says Ian Hambleton, CEO of Emergent Games. “We have a vision for Cryotags to transform alongside Resurgence’s narrative, and plan to introduce new functionalities according to what we hear from our earliest supporters.”

The mint is free but is limited to whitelisted people. The initial allocation is already full, but the team told us there are ways to get a few more by joining their community and engaging in different activities, such as The End game.

To deliver on their promises, the developers will need a significant amount of time and funding. However, they promised fans they would not just stand by and watch.

As of today, their first minigame, “The End” is already available to everyone at PulseNews. Yup, you read that correctly – it’s a alternative news website.

If you look closely to the top right, you might notice the year is 2032. The website already contains many videos of natural disasters, protests, and full political analysis in text format. They really did an amazing job at making everything, including the reporter, realistic.

“The End” is an Alternative Reality Game (ARG), which main purpose is to engage players from the get-go, even years before the real game can be released to the public. The articles and videos contain little spoilers and details about the upcoming games, kind of like a “treasure hunt”.

Following “The End”, Emerald Games will also launch “Revelation”, an hacker sim set in the world of Resurgence, “Priority One”, a single player survival, and “The Thaw”, multiplayer survival. After the single mode releases, Resurgence Full Community Survival MMORPG is set to launch at the end of 2024.

The studio is set on being the most creative web3 developer out there, and is promoting the ARG in unconventional ways. For example, some influencers received a black box with a QR code and some insects, and others will receive gifts and perks after the NFTs are minted.

Resurgence is an upcoming Sci-Fi MMORPG coming in 2024 developed by Emergent Games. The game will feature full ownership of all assets and run through a currently undisclosed blockchain.

Emergent Games has a fully doxxed team of amazing individuals. Almost all of them worked in climate-related lore in the past, and that can easily explain the story behind Resurgence.

The game is set in 2032, in a world where governments have failed to properly combat the climate crisis. Politicians are running in their bunkers, the population is dying, and natural disasters are a daily inconvenience.

As the recolonization continues so does the race for survival and the protection of valuable resources from raiding factions, predators, and the rise of a new threat to civilization.

Samanta Earns - November 28, 2022 0
🚀Claim $500 in RICHQUACK - https://itrustpads.com/richquack/?ref=4402 Airdrop is part of our marketing strategies to promote our token to the public. 🎁Each active community member can...

Phil Hall - November 28, 2022 0
Rifters, a cross-chain, cross-project, NFT adventure game opens up their first beta and reveals dates for an upcoming NFT mint. Getting into the...