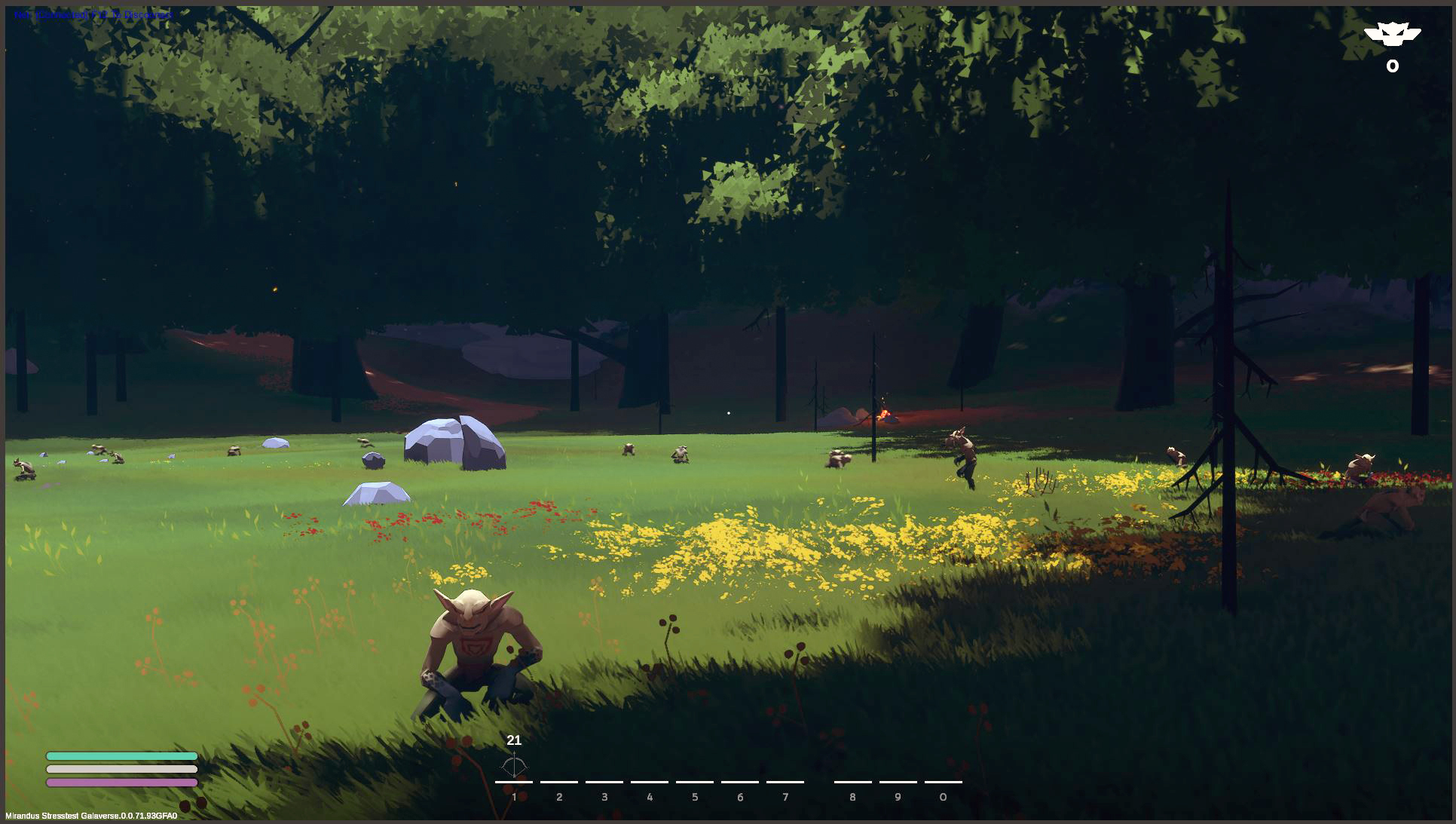 Mirandus, the long-awaited MMO from Gala Games, gave us a playtest of their world back in November of 2021 with a chance to earn Materium along the way. Now, it’s time for another playtest. This one is rather basic and is focused on testing archery. It is limited to players who own Exemplar NFTs, and offers participants another chance to earn Materium (MTRM).

A new, limited playtest opens in the world of Mirandus. In order to join, players need to have held a Mirandus Exemplar NFT in their wallet on June 17th, at 3pm PST. The snapshot was already taken, so you can’t buy one now and expect to get in. But for those already holding Exemplars, the playtest begins on June 21st.

Players have only one task. Login, and try to kill some dummy goblins using a bow. Seems pretty simple. Once you succeed in this quest, you’ll see a green checkmark in the user interface. And then, your job is done! This playtest will be for PC only. There is no Mac client at the moment. The playtest will remain live for at least two weeks.

Players earn rewards based on the number of Exemplars they own. But unlike the previous playtest, each player needs to only play once, and all of the Exemplar NFTs in their wallet will be counted. Also, anyone who plays and owns a Goblin Fortune card earns an extra 100 Materium per card held at the time of the snapshot. Materium is a magical element that works as an in-game currency but may have other uses as well. It can be removed from the game as an ERC-20 token.

In development since 2020, Mirandus is an upcoming fantasy MMO and part of the Gala Games blockchain. Built with Unity, Mirandus is a first-person, open-world, fantasy MMO where players own everything. From the clothing on their backs to the shops in towns, to the towns themselves! Mirandus features a complex, interconnected economy where players take the roles of blacksmiths, hunters, and tavern keepers in addition to adventure seekers.

Adventurers will need food, armor repairs, and some potions before they go on their next adventure. The blacksmith needs wood from the woodcutter, while the butcher needs meat from the farmer. There are many production lines and players can enjoy being a farmer, an adventurer, a trader, or even a bard!

Players with land plots choose where to place it on the map. Close to a dungeon for more foot traffic? Or near a river for farming and trade? Or perhaps in a mountain pass to levy taxes on anyone who wants to pass through! When the game launches, there will be five citadels, the biggest cities in the game world. These give the owner the right to create and lead their own faction, charge taxes on trade, and so on.

The game will feature free-to-play options when released.

Ashish Kumar - July 7, 2022 0
Amid the increasing scrutiny over laws and policies related to cryptocurrency over the world, the US has issued an advisory for officials holding digital...

Jamie Redman - July 7, 2022 0
Following the hack on July 2, 2022, the team behind the decentralized finance (defi) protocol Crema Finance detailed that after some negotiation, the hacker...