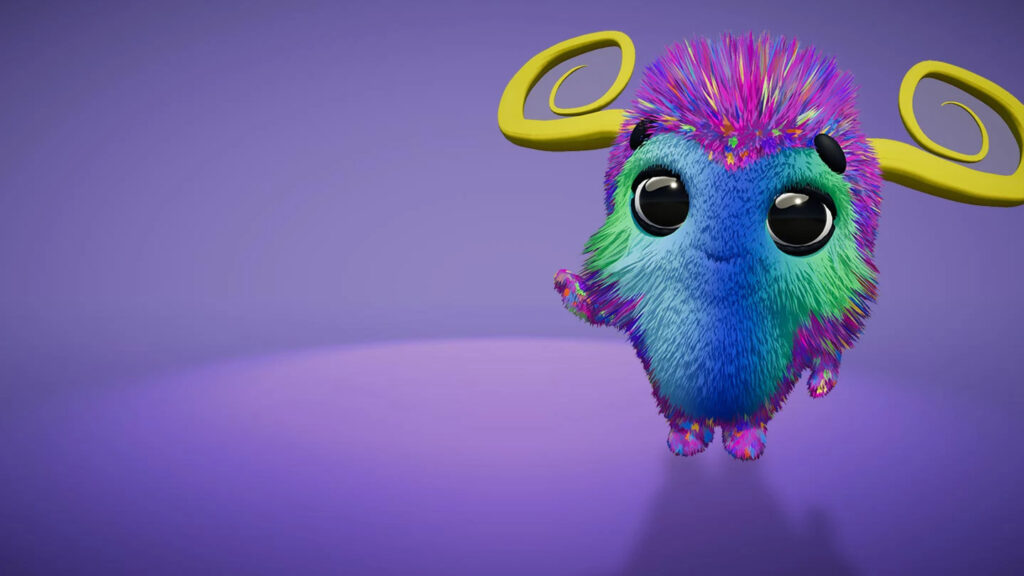 Earlier this year, Gala Games launched a project called Fuzzle. And though the Fuzzle NFTs are cute and furry, and they sold out rather quickly, the explanations as what they actually are has been limited. We know that the Fuzzle are supposed to be some sort of AI companion. But what does that actually mean?

The Fuzzle team posted a blog post explaining in more depth their plans for the Fuzzle ecosystem. Fuzzles are a collection of 9,997 visually unique NFTs, released in early 2022.

Unlike most of their offerings, Fuzzles aren’t really a game. More of a kind of AI experiment. Fuzzles are described as ‘a virtual buddy you can talk to and play with’. The team refers to them as Living NFTs. Fuzzles are part chat bot, part avatar NFTs, part pet, part AI companion.

Fuzzles can chat with their owners on a variety of topics, and also talk about their backstories and Fuzzle lore. From the samples of Fuzzle conversations I’ve seen, it feels like they are just putting together canned phrases. But the team claims that in the near future, you will be able to name Fuzzles and they will begin to have memories. They will learn their name, and their owner’s name, ask questions about previous conversations, and provide emotional support to their owners. Will they remind you of appointments? Because that would be cool!

In the future, Fuzzles will have access to wearables. But these aren’t just cosmetic. The Fuzzle will recognize the accessories it’s wearing and comment on them. The team also plans to add the ability for the owner and their Fuzzle to play games together, earn rewards, and embark on epic adventures. This will done through the Fuzzleverse app.

The real test of the Fuzzle will be its ability to improvise. If it starts feeling repetitive, the novelty will wear off quickly. But, supposedly, the ability for AI programs to hold meaningful conversations has apparently increased quite a bit since the early days of ELIZA.

Fuzzle holders can already chat with their Fuzzle on the app.

Here’s what the Fuzzle team has planned for the ‘Fuzzleverse’. First up are the Pods. Basically, customizable homes with several rooms. At some point, owning a Fuzzle will include Tamegotchi type gameplay, where your Fuzzle might be annoyed if you don’t feed it, or you ignore it for a long time.

Then there will be the Close Encounters club — a virtual hangout only accessible to Fuzzle owners. The Battle Arena is for PvP, but perhaps not the types of competitions you might expect. The team suggests that instead the battles may include dancing competitions, and roast offs, where Fuzzles hurl insults at each other. The Arcade Zone features traditional, arcade-style games, with your Fuzzle as the game character.

Adventure World is some sort of RPG experience. I’ll just leave the description from their latest blog post here.

Adventure World is where you can explore the far reaches of the Fuzzleverse through a mix of revolutionary AI-powered narrative experiences, and immersive expeditions across space and time, collecting cryptic clues and intergalactic goodies along the way.

There will also be a The Interdimensional Market (a marketplace) and staking options via the Docking Station. Fuzzle promises to reward those who have been holding the longest with backdated staking rewards. The Fuzzleverse will be open to all, though owning a Fuzzle provides additional rewards.

The Fuzzle team stresses the social aspect of this adventure. They want the Fuzzle experience to be a ongoing, storytelling adventure with community input. This not only includes voting for features or story options, but also collaborations with fan created content.

Where to now? The Fuzzle team laid out a roadmap of their plans for the next year, including five main phases of development. We haven’t hit the first phase yet, so there is still a lot to come!

You can learn more about the Fuzzles on their website, and also keep up with them on Twitter, Medium, and Discord.